The Japanese art includes a wide range of styles and means of expression, including ceramics, sculpture, painting and calligraphy on silk and paper, the ukiyo-e woodblock prints, origami and, more recently, manga along with a myriad of other types of artwork. It has a long history as much as the culture of the country of the Rising Sun, which starts from the beginning of human settlements, in about 10,000 BC, to the present.

Historically, Japan has been subject to sudden invasions of new and alien ideas (it's appropriate to say, as for its geographical and cultural characteristics the country has almost always been a "world unto itself") followed by long periods of contacts minimized with the outside world. Over time the Japanese have developed the ability to absorb, imitate, and finally assimilate those elements of foreign culture that complemented their aesthetic preferences.

The first examples of complex art in Japan was produced in the centuries VII and VIII in connection with Buddhism. In the ninth century, when the Japanese began to free itself from the cultural influence of China and develop indigenous forms of expression, the secular arts became increasingly important. Until the end of the fifteenth century, both religious and secular art had flourished. After the Onin War (1467 - 1477), Japan entered a period of political disintegration, social and economic, which lasted for over a century. In the state organization that emerged under the leadership of the Tokugawa shogunate, organized religion began to play a much less important role in people's lives, and the arts that survived were primarily of a secular expression.

The painting, practiced by amateur and professional, is the preferred artistic expression in Japan. Even today, as in ancient times, the Japanese wrote with a brush rather than a pen, and their familiarity with the use of the brush techniques has made them particularly sensitive to the aesthetic values of painting. With the rise of popular culture in the Edo period, the style of ukiyo-e woodblock prints became an important art form and its techniques were refined to produce colorful prints of practically every topic, from daily news to the issues of school books. The Japanese have always thought that the sculpture was a means much less empathetic of artistic expression: the use of sculpture in Japan has almost always been the prerogative of religion and its use has waned along with the diminishing importance of traditional Buddhism.

The ceramics, among the best in the world, represent the first known artifacts of Japanese culture. In architecture, the Japanese have always expressed clearly their ancestral preference for natural materials and for the harmonic interaction between the interior and exterior space.

Back to home page »

Are you planning a TRIP TO JAPAN? Would you like to see the artworks up close? Come visit us at our TOKYO OFFICE. Contact us » 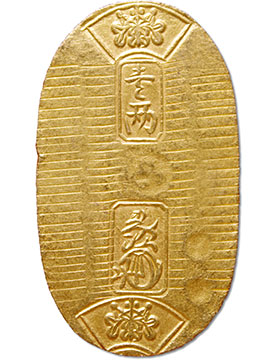 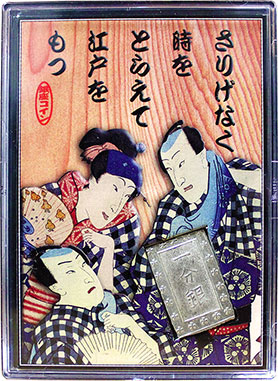 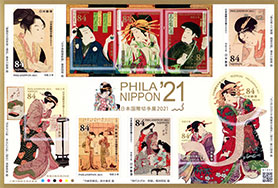 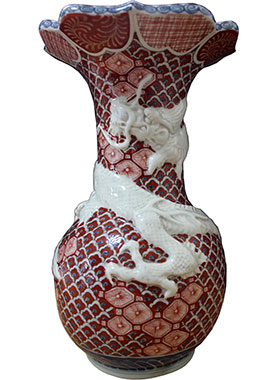 This website uses profiling cookies, only third-party, to send you advertising and services in line with your preferences and to improve your browsing experience. If you want to learn more or opt out of all or some cookies click here. Continuing consent to the use of cookies. CLOSE